Tell Me Do You Miss Me 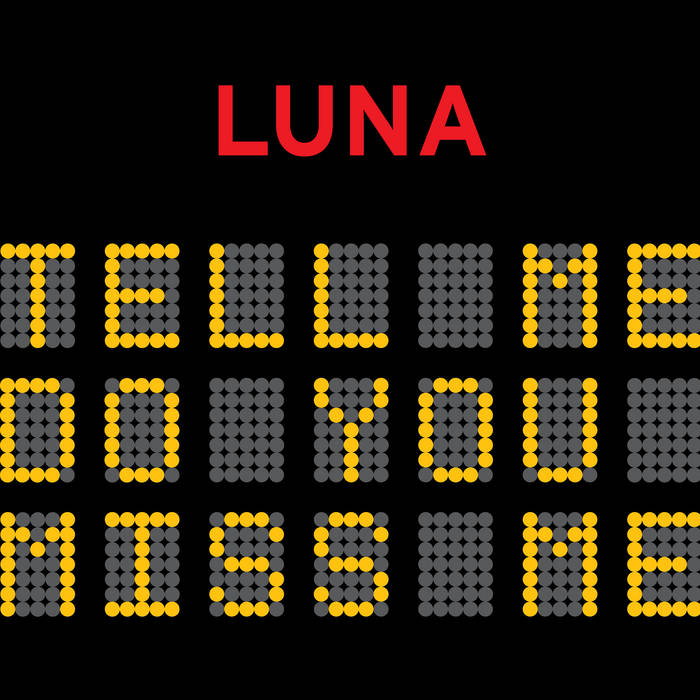 drunkenwhistler I was at the London show in January 2005, the final UK show before the disbandment. It was the last time I would ever see the band that had, over the past 12 years, become my favourite. My go to music. I am so glad you guys disdisbanded and that we can all share these songs again in a live environment. Favorite track: Black Postcards.

Phil Obbard I've been seeing Luna live for over 20 years and have been waiting for a follow-up to Luna Live! for most of that time. This is a fantastic collection with a strong set of songs (and they don't overlap the Live! album much, either). "Black Postcards" might be the highlight for me. A gem. (Sidebar: Luna, I'd love more live releases in the future, too!)

Luna was formed in 1991 by Dean Wareham after the breakup of Galaxie 500, with Stanley Demeski of The Feelies and Justin Harwood of The Chills. Guitarist Sean Eden joined in 1994, Lee Wall replaced Demeski on drums in 1997, and Britta Phillips replaced Harwood on bass in 2000. Luna released their final album, Rendezvous, in 2005 after playing their final concert at the Bowery Ballroom in NYC. ... more

Bandcamp Daily  your guide to the world of Bandcamp

Featuring Gary Bartz, 5 years of Rhythm Section Intl and an LP of the week by Nicolas Jaar